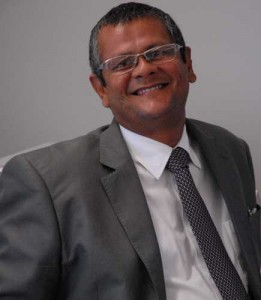 José Valmir Santos Filho was born in Aracaju – SE, on March 18th, 1965. He holds a post-graduation in School Administration (2003) and Distance Education (2008) and also has worked as a teacher in Sergipe and Federal District.

He has also a background in Instructional Design, People Management, Knowledge Management and Workplace Human Relations, among others.

He has experience as School Director and Educational Project Coordinator in the Education Secretary of Federal District.

In 2007 he was admitted to Superior Labour Court, by means of public examination, where he has developed activities related to formation of servants in the Human Resources Development Department.

Since March 2011 until December 2017 he has worked as Assistant to the Director to Enamat, acting mainly on the management of actions developed by National School regarding distance education. He is currently the Formation Coordinator and in charge for the Contest Coordinator.