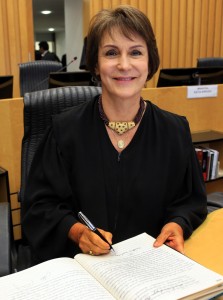 In Session of the Full Court of the TST, held on Tuesday, March 1st, took place the election and investiture of the new Director and Advisory Board of the National School of Formation and Improvement of Labour Magistrates (ENAMAT) for the management in the biennium 2016 / 2018. The Session was presided by the President of TST, Justice Ives Gandra da Silva Martins Filho, who spoke about the importance of ENAMAT. "The School conveys the art of judging, starting with the Initial Formation Course," said the President.

District Labour Court Judge Giovanni Olsson (TRT of the 12th Region / SC) was re-elected by the Full Court for the Advisory Board in the position addressed to Magistrate of the 1st degree and also remains as the School Direction Advisor.

The director of ENAMAT stressed that the school is an organized and professionalized reality. "Where we have school, we will have formation", highlighted the Justice about the role of ENAMAT. 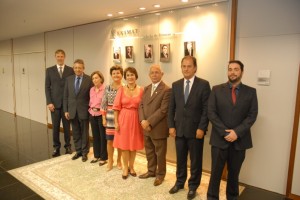 Direction and Advisory Board of ENAMAT

The director of ENAMAT has already performed activities of the National School as a member of the Advisory Board for the periods 2005/2007 and 2008/2009 and held the position of TST Vice President in the biennium 2011/2013. Maria Cristina Peduzzi is a Brazilian citizen, and has graduated in Law in 1975. She is a Master in "State Law and Constitution" in the University of Brasília. She has been a lawyer, working in the Superior Courts, from 1975 until her appointment as a Justice in the Superior Labour Court, in June 21st, 2001. She was a Republic Attorney (1984), Labour Attorney (1992) and university professor, in graduation and post-graduation (UNB, CEUB, Mackenzie, IDP). She is a writer, lecturer in numerous legal conferences, nationally and internationally.

The Justice was born in Juiz de Fora (MG), is a Master in "Law and State" from the University of Brasilia (1982). She has begun her legal career as a lawyer in 1979 and was then legal advisor to the Ministry of Foreign Affairs, which she left to take over the position of Substitute District Labour Judge in the Regional Labour Court of the 10th Region, where she has started judging in February 1984. As a Substitute Judge, she worked in Brasilia, Goiania, Cuiaba and Campo Grande. In January 1993, he took office as Judge of the TRT of the 10th Region and, at the Regional, held several positions, having presided over the Court for the biennium 1996-1998. She is currently the Chairman of the Superior Labour Court Documentation Commission and is also the Coordinator of the Committee of the National Program to Rescue the Labour Justice Memory - CGMNac-JT. 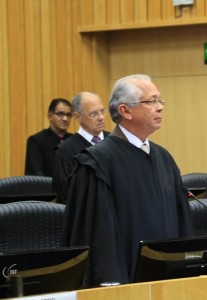 Brito Pereira was born in Sucupira do Norte (MA), is a postgraduate in public law. He was a lawyer and legal consultant from 1982 to 1990. He was part of evaluative boards in public tenders for the Labour Public Attorney, for District Labour Court Judge and for Lawyers and composed the Evaluative Board of DF BAR Exam. He is the author of collective works and articles published in magazines and professional journals, he has lectured in several conferences and seminars. Has been approved in public tenders in the law area. Promoted by merit, to Labour Attorney-General (in 1989), a position he held until his appointment as a Justice of the Superior Labour Court on May 31, 2000, where he presided the Fifth Chamber. He was a member of the Superior Labour Justice Council in the biennium 2009/2011. He joined the study group on "El sistema de las normas internacionales de Trabajo" held in Geneva, Switzerland, and Turin, Italy, in September 2004. Recently, he also held the position of General Inspector of the Labour Justice in the biennium 2014/2016. 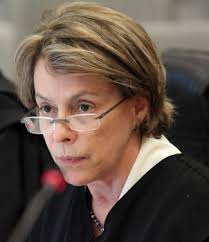 Justice Dora was born in Dores do Indaiá (MG). She graduated in Law in 1979 from the Catholic University of Minas Gerais, and is specialized in Labour Law and Procedural Labour Law from the Federal University of Goiás. She joined the Labour Justice of the 3rd Region (Minas Gerais), through public tender, as legal aid, in 1979, being promoted to legal technician. In 1987, she joined the labour judiciary as a Substitute District Labour Judge of the Regional Labour Court of the 10th Region (Distrito Federal/Tocantins). In 2003 and 2004, she served as a convened judge to the Superior Labour Court, to which she returned in March 2007 as a substitute judge in an open position after the retirement of Justice Ronaldo Lopes Leal. On May 17, 2007, she was appointed as a Justice of the Superior Labour Court in a position aimed at the judiciary career, where she joined the First Chamber. 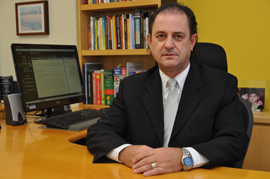 The minister Scheuermann was born in Três Passos (RS). On April 19th, 1989, he was appointed as Substitute District Labour Court Judge of the 4th Region TRT. On January 16th, 2003, he was appointed as a Regional Labour Court Judge, after being promoted by merit, of the 4th Region of TRT. In 2007, he completed the post-graduation studies, becoming a Specialist in Procedural Labour Law and Social Security Law from the University of Santa Cruz do Sul (UNISC).

He presided the Information Security Committee, served as Regional Manager of the Employment Accident Prevention Program, established by the TST and the CSJT as well as being the magistrate responsible for the "Organization Restructuring Project" under the guise of the 4th Region TRT's Strategic Planning to the five-year period 2010-2015. The service in the Superior Labour Court began in 2011 with the call to replace the Justice Lelio Bentes Correa, from November 16th to December 16th. On July 16th, 2012 he was appointed as a Justice in the Superior Labour Court - TST. Currently, he is part of the 1st Chamber and Subsection II of the Special Section in Individual Bargaining (SBDI-2). 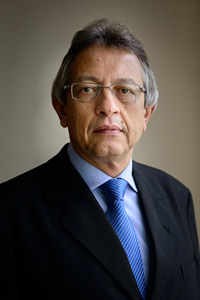 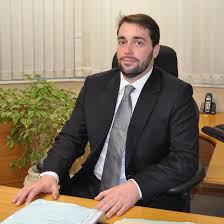 He was born in Porto Alegre (RS). He joined the Regional Labour Court of the 4th Region, in 1993, by virtue of being approved in the Public Tender for Judicial technician. In 1995, he entered through a public tender, in the Labour Ministry, having held the position of Labour Comptroller. He was, subsequently, approved on the public tender for the position of Labour Attorney and started his service in June, 1996, at the Regional Labour Attorney of the 4th Region. In 2010, he was appointed as a Regional Labour Court Judge in the 4th Region, occupying a position aimed at members of the Public Labour Attorney. Currently he is part of the 2nd Section of Individual Bargaining and the 2nd Chamber of Judges. He is director of the Judicial School of TRT4. In teaching, he is a Labour Law Professor in the School of Magistrates of Rio Grande do Sul (FEMARGS). He holds a Master degree in law from UFRGS (2004) and is in the process to get a PhD in Human Rights at the University Pablo de Olavide in Seville / Spain, having obtained in this institution the Advanced Studies Diploma (DEA). 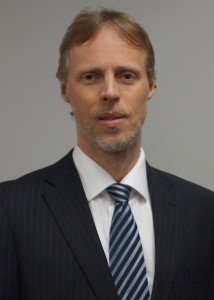 He was admitted into the Labour Justice as a public servant to 4th Regional Labour Court – RS. He was admitted into the career for the 9 th Regional Court – PR, and then to another Court, this time the 12 th Regional Court – SC, both places through Public Examinations and awarded first place in the selections. He is currently a District Labour Court Judge (electronic proceedings unit) in Santa Catarina state.In his academic background there are studies in Philosophy and a Bachelor degree in Social and Juridical Sciences (JSS.B.) from Federal University of Rio Grande do Sul (UFRGS). He concluded specializations courses, and holds both Master and Doctorate in Law degrees (UFSC).

He has been developing research and teaching on Graduation and Post-Graduation mostly on Labour Law, International Relations, Scientific and Research Methodology, Professional Education and Pedagogical Articulation. He was a researcher in the European University Institute, in Italy, too. At ENAMAT, he was a member of the Advisory Board since its foundation on September 2006 until March 2011. Since the beginning of 2010 he works as Assessor-Judge to the Director of ENAMAT and is in charge of academic coordination of formation courses.

ENAMAT is the institution to which the Federal Constitution by Amendment No. 45/2004, assigned the duty to organize the formation of magistrates and performs its function in three main areas: initial formation, continuing formation and formation of educators.

Initial Formation is the stage of professional education of judges, destined to substitute district labour court judges. It begins immediately after the judge has been appointed with the National Module, held in Brasilia, at the headquarters of ENAMAT, and is succeeded by the Regional Module, taught in the Judicial School of the respective Regional Labour Court.

The formation of educators aims at qualifying educational professionals. This action requires specialized professionals in techniques and teaching-learning tools for the reality of the labour magistrate. Examples of professionals who ENAMAT prepare are: instructors or teachers for in-class and distance education methods, managers of judicial schools and courseware writers, in order to teach their courses, also placing these professionals available to the Regional Labour Courts Schools.