In the Brazilian Labour Procedures Code, the conciliation among employees and employers happens during the lawsuit and is performed by the Labour Judge.

The judicial conciliation step is required in every labour case, where the judge conducts the hearing and, if there is no deal, he/she issues the decision.

ENAMAT is a 21st century federal labour magistracy construction space: with advanced techniques, ethics and professionalism, develops specific teaching approaches for the Brazilian Labour Judges. The hearing and conciliation mock trial techniques are among them, used for many years in ENAMAT's courses, being the most important techniques used in the formation courses offered by the School. 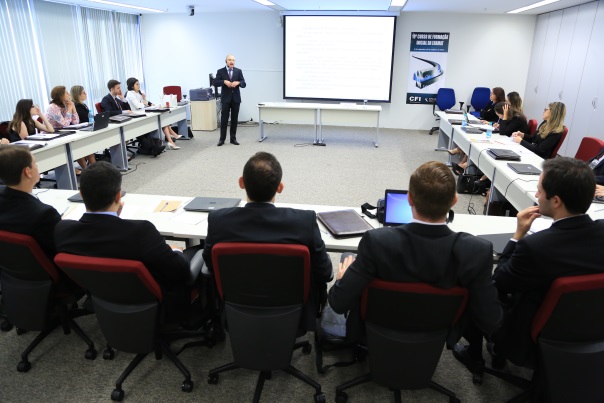 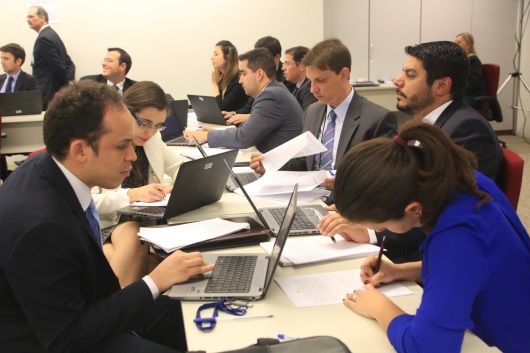 In the mock trials, all the roles are performed by the judges themselves, ensuring the educational scope of the activity. 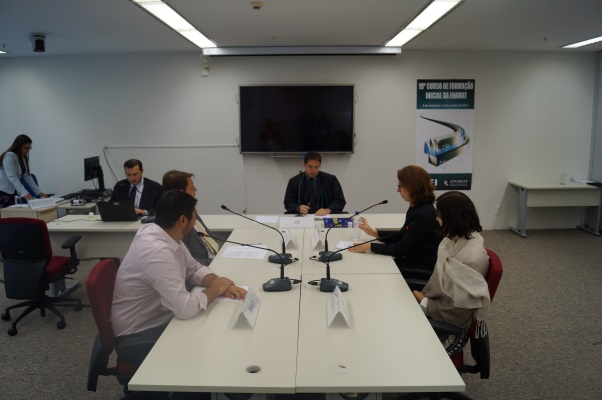 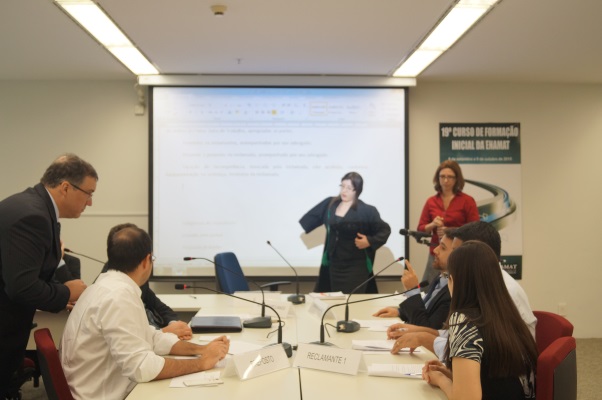 The activities are planed based on the professional skills that should be acquired or developed in the course program. The situations are carefully chosen by instructors specialized in magistrate formation.

The instructors act during the case to alter the situation's rhythm and to induce the use of conciliation techniques by the actors. The end of the mock trial is only the beginning of the most important phase: the analysis of the used techniques. 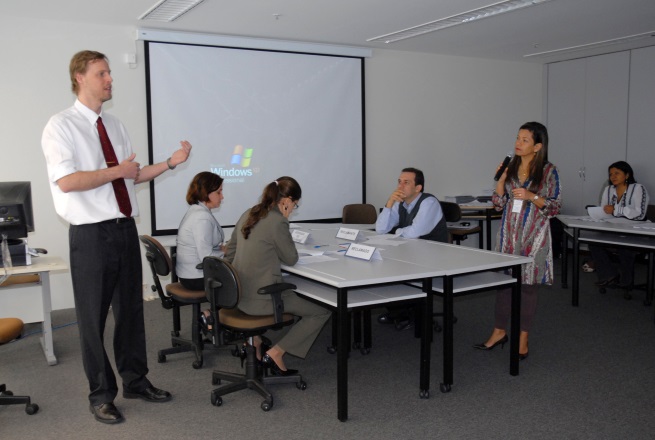 The step-by-step of the mock trial includes the school environment preparation (properly equipped courtroom); observation room (where the other students will watch and take notes about the used conciliation techniques for a later analysis) and studio for multimedia management. 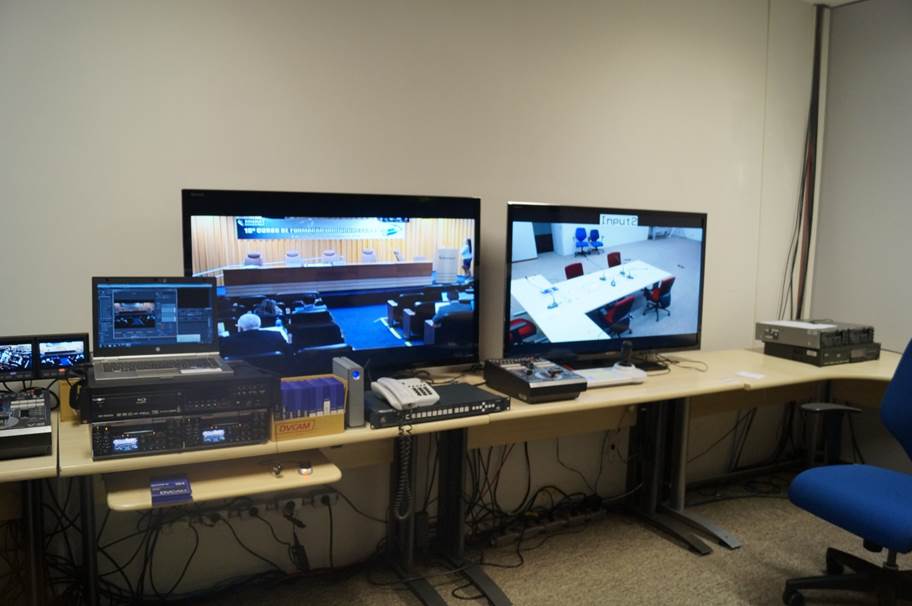 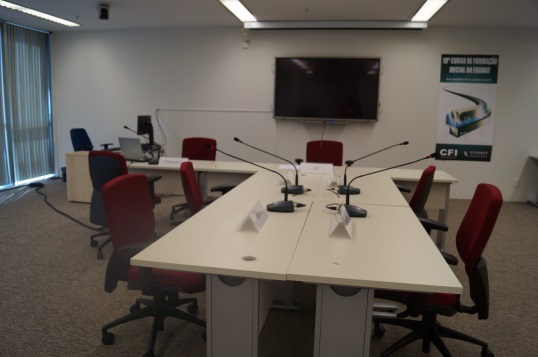 The careful preparation of the case to be simulated is fundamental for the learning process. The specialized instructors elaborate the cases based on real situations discussed in the Labour Courts and create scripts that lead to the use of certain hearing and conciliation techniques.

The distribution of the mock trial is done by the instructors, presenting to the students the objectives and the dynamic of the workshops and sharing the roles in the auditorium. 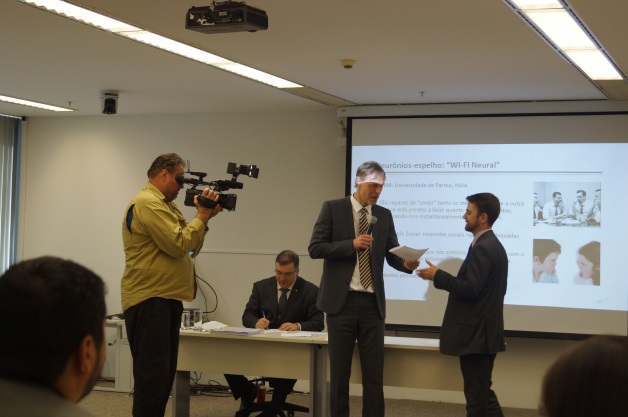 The participation in these investigation and conciliation mock trials is always received with great expectation and interest by the new judges, very well prepared in theoretical aspects, but professionally inexperienced.

In the application of the mock trial the students prepare themselves and wear the suitable clothing to the social and economic context involved in the case.

The conciliation techniques are performed under the direct control of the instructors that monitor its use and immediately intervene to alter the rhythm or the use of each specific technique. 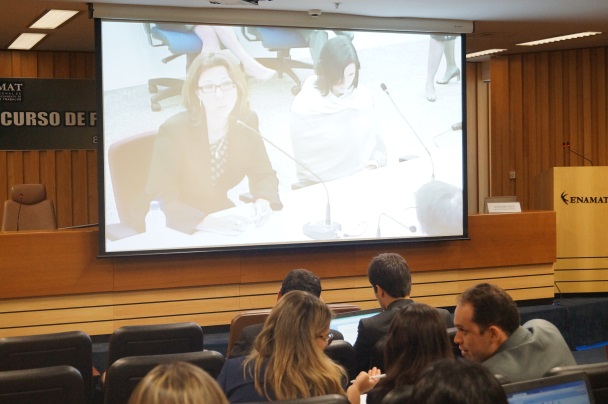 (students following the mock trial in another room)

At the closure and analysis of the mock trial there is a gathering of all students and instructors, analyzing the case from the technical and ethical point of view. Then, the student-judges who were observing bring their own impressions, as well as the instructors and the students who played the roles.

According to the Enamat's Courses Coordinator - Judge Giovanni Olsson, who also participates as an instructor of these techniques, the simulation of these real-life situations, throughout the years, has shown to be highly efficient in improving the needed skills of the new magistrates.